People react differently to obstacles and failures, and that fact is especially apparent when you teach. Some students may react negatively to challenges, attributing their failure to themselves or feeling like they’re incapable of understanding a concept. Others may react positively to a challenge, working hard to fix their failures and being open to trying again.

Obviously, one approach is much more conducive to growth than the other. Can we get more students thinking like the latter - and how? Thankfully, Carol Dweck and her colleagues have extensively researched this and have brought awareness to Growth Mindsets and how we can cultivate this type of thinking in students. Next time, we’ll discuss how teachers themselves may end up in a fixed mindset and how to get out of it!

What is growth mindset?

Growth & fixed mindsets were researched and introduced by Carol Dweck (paid link). She found that those with a growth mindset believe that our abilities can be improved through practice & hard work. The opposite, a fixed mindset, believes our ability levels are unchangeable and something we are born with.

As the name implies, growth mindsets cultivate healthy strategies toward personal growth, and this is the mindset you want students to have!

Why should we cultivate a growth mindset?

Everyone runs into obstacles and failures along the way to success. People with a fixed mindset think their failures are simply a result of them being incompetent and unworthy, and view criticisms as personal attacks. Those with a growth mindset view failures as room to improve and welcome the challenge as an opportunity to grow.

When faced with obstacles or failures, those with fixed mindsets will likely give up. It’s easy to fall into a rut of not feeling worth it, or thinking “Why should I even try?” But it doesn’t have to be this way!

How do we cultivate growth mindset?

Carol Dweck did a study in which one group of struggling students were told that every time they worked hard to learn something new and difficult, the neurons in their brain would form new and stronger connections, making them smarter (which is true!). The other group was not told this. Guess which group improved more?

Making students aware that their brains were wired to improve and evolve cultivated a growth mindset: these students now embraced hard work and were eager for the benefits that came from it. They knew their hard work would result in their growth, and this belief motivated them enough to see those results! 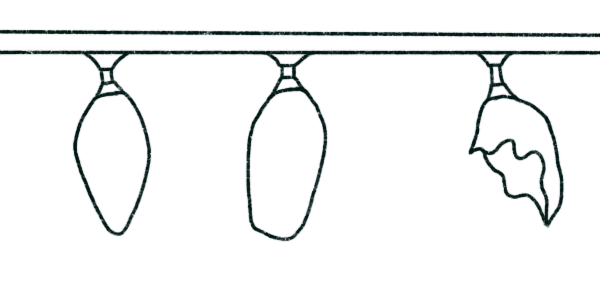 How can we apply this to struggling music students?

Students may lack motivation or feel like quitting for a number of reasons, many of which can be prevented by having a growth mindset.

Maybe they are having trouble understanding a concept and think the reason is that they just aren’t musical, or that they don’t have a sense of rhythm. Maybe they see other students or a sibling excelling on an instrument while they struggle, and they begin to think that there’s no point in trying because they’re just not good at it.

Whatever the case may be, if your student is stuck in a fixed mindset, it’s time to change that!

Here are some responses & approaches you can use for students in a fixed mindset:

You can say: Pretty much everyone has the ability to be musical, unless you’re a part of the rare 4% of people with amusia (if you can tap along to a beat or hum a simple song, then you don’t have it). You may not be as naturally coordinated or may currently lack a specific skill but those are things that can be learned and conquered with a growth mindset. Excellence in music is tied to effort and practice more than sports and other areas (Macnamara) - which means that mastering an instrument is based less on ‘natural talent’ and more on how well you practice!

2. Student says: “I’m not good enough to play that”

(Confucius says: “The man who moves a mountain begins by carrying away small stones.”)

You can say: Be patient, plan, and practice. Instead of one big, intimidating goal, make a bunch of small, conquerable activities working toward the same end. Plan these steps out, then get to it! (Teachers, you can help them make a practice plan, then make sure to reward progress throughout so they know they’re improving.) Confidence grows as students witness themselves growing.

You can say: Learning skills and personal growth is not a competition. Comparisons can be harmful for some, especially if they are landing them in a fixed mindset. One solution is to offer these students a different path to allow them to grow without the pressure of comparison. As long as you keep them moving forward and recognizing their growth, that can be the best motivator.

For students that say this, ask them: Have you ever heard of Walt Disney? Of course you have - he’s created one of the biggest entertainment empires in the world, filled with whimsical characters and dream worlds. However, if he had had a fixed mindset, we most likely would never have heard of him at all.

In a job early in his career, Walt Disney was fired and told he “lacked imagination and had no good ideas”. Did he believe that? Clearly not, because shortly afterwards, he tried to open his own animation company. Unfortunately, that failed, went bankrupt, and he had to shut it down. His persistence continued to be followed by bad luck when he finally made it to Hollywood and then got his character stolen and patented away from him. Mickey Mouse, Three Little Pigs, and Pinocchio were all initially rejected. A number of his classics were misunderstood at the time of release (only to grow on people much later).

If at any point Disney had said, “Maybe this whole animation thing isn’t for me. I don’t have what it takes to make it in this industry,” and changed course, history would be very different. He knew he had great ideas, his approach just had to be modified through years of experience and failures.

Keeping a growth mindset - understanding that you can always improve with hard work - is the key to success. A failure in something doesn’t translate to a lack of ability; it only shows that you have room to grow - and that should be exciting in itself. Teach with this mindset so that your students learn to think this way. The results will speak for themselves!

Part of growth is knowing what needs more work and seeing your progress as you improve. Better Practice provides powerful reports into what needs the most work and gives students goals that track progress in real time!

This article includes an affiliate link. As an Amazon Associate we earn from qualifying purchases.

Growth Mindset: Growing as a teacher

Last week, we introduced Carol Dweck's concept of Fixed vs. Growth mindsets and how to encourage a growth mindset in students. But it’s not ……

Easiest Way To Get Students To Practice Over The Break

Do you close your studio for the summer but want students to keep practicing over break? Let Better Practice’s smart engine help you and you……